Due to the current pandemic and it’s effects on all our lives, we here at Advanced Animal Dentistry have had to change the way things are done.

We have changed our protocols to reflect this and this means some changes to the way we interact with you, but not the same high quality work we perform with your pets.

Learn More
Got it!

For surgical extractions we need to remove the soft tissue of the gingival and mucosa from the extraction site. If this is not done then the hard tissue surgery cannot be performed. To do this we create soft tissue flaps.

As with all other tissue flaps in surgery, a good blood supply is vital to their longevity and usefulness. A flap that necroses due to poor blood supply is useless and potentially damaging to the patient. To give the soft tissue flap the best chance of an uninterrupted blood supply it is imperative to create it in a specific manner. The base must be wider than the top or free edge. This means that the cuts in the gingiva/mucosa must be divergent. These cuts must begin at the mesial and distal interproximal spaces of the affected tooth i.e. the “front” and “back” edges of the tooth. These cuts are full thickness to the bone, cutting through the gingival/mucosa and the periosteum. These cuts are also best made over bone that will be left once the full surgery has been complete. It is not desirable to have the soft tissue suture line “in mid air” over a deficit in the bone.

Once the soft tissue has been reflected, the hard tissue is exposed and removal of this tissue can begin. The purpose of the hard tissue surgery is twofold – directly remove the attachment of the tooth to the bone and to remove the attachment of other areas of bone from the rest of the skull/mandible. With knowledge of anatomy, radiographs and visualisation of the area the operator should be able to identify the shape and location of the roots of the affected tooth. The areas of hard tissue we need to particularly identify are the buccal/labial bone plate overlying the root and the mesial and distal edges of the root.

With a high speed drill and bur (#2 – #4 Round bur) the bone is cut following the borders of the roots previously identified (mesial and distal borders) from the crestal bone apically towards the soft tissue flap. These cuts along the edge of the roots can be made quite deep. If they are made deeply then theses cuts destroy the attachment of the root to the bone along the cuts, reducing general attachment of the tooth. With these two cuts made, they are joined apically across the root. This now forms a continuous cut from the crestal bone mesially, to the crestal bone distally – a “U” shaped cut. This “U” shaped cut achieves the second purpose of hard tissue surgery – the buccal/labial bone plate over the root is now detached from the skull/mandible, no longer participating in holding the root in. Alternately the bone plate can be completely and carefully burred away. When doing this, and other cuts, be careful not to destroy too much root tissue – this will make the root fragment brittle and difficult to remove in one piece. These hard tissue cuts are made around all root segments that require extraction.

Once the hard tissue surgery has been performed, the root fragments can then be extracted. All multi-rooted teeth still require sectioning into their single root fragments.

The periosteum underlies the flap that has been produced. With a scalpel it is carefully cut whilst holding the flap under some tension. As the periosteum is severed the flap becomes more mobile. This is another potentially harmful time for the flap. Care is required at this time so as not to cut the flap off completely. Use of the back of the scalpel tip can reduce the risk of cutting through the flap.

Once the flap is released it is closed with an absorbable suture. Generally a 4-0 sized material is used with a swaged on reverse cutting needle. A cutting needle is vital, as it will pass through the gingiva more easily, reducing the risk of pulling through the flap. Gentle tissue handling is very important here.

The canine tooth (maxillary) is the most commonly surgically extracted tooth in the dog. It is generally advised that this is the only way that a canine tooth should be extracted. If the tooth has severe periodontal disease, then an oronasal fistula is very likely present. The fistula will require a surgical closure for repair. If there is not sever periodontal disease present, then extraction without surgery will be very difficult and traumatic to the patient.

Initially the tooth is examined and the major landmarks identified via palpation, observation +/- radiography.

Once these landmarks are identified the soft tissue is then cut. The cuts are divergent, making sure that the base of the flap is wider than the free edge. A collar of gingival margin is removed to create a fresh bleeding edge.

The flap is then elevated from the underlying bone with a periosteal elevator. This is done carefully, preserving the soft tissue and the periosteum.

With the soft tissue reflected the hard tissue is exposed and removal of the bone can begin. The bone is removed with a high speed drill. It is not advisable to use other methods (such as a hammer and chisel) to perform this function. High speed dental drills are the least traumatic means to remove the bone. The bone of the mesial edge and distal edge of the root is first cut and then these two cuts are joined at the base, across the apex of the root.

After the hard tissue has been removed and cut the tooth is then elevated. With the maxillary canine tooth it is often easier to place an elevator in the cut at the distal edge of the root and use a rotating action to lift the tooth out. When removing the tooth it is important to rotate the tooth apex away from the nasal cavity. Rotate the tooth towards the nose. This will reduce the trauma to the medial bone plate. If the tooth is rotated away from the nose the apex of the tooth will often penetrate through to the nasal cavity, creating or enlarging an oronasal fistula.

Once the tooth is removed, it is best to go over the bony edges of the wound, reducing them with careful use of a bur, making sure no sharp edges project labially. These projections will interfere with healing. Closure of the soft tissue flap can now commence. The flap is “released” with an incision through the periosteum – allowing the flap to close with minimal tension. Sutures are placed around the flap with absorbable fine material (e.g. 4-0 Monosyn™ on a swaged on reverse cutting needle).

Healing is rapid in the oral cavity and is often complete within a week; however suture absorption can be slow. Sutures may be present 6-8 weeks after surgery.

Surgical extraction techniques can be adapted for most teeth that require extraction. The main reason surgical techniques may not be used, or used as extensively is that there are anatomical structures that cannot be removed or damaged, restricting access to the hard tissues.

Soft tissue flap creation is much like any other soft tissue surgery – preservation of blood supply and gentle tissue handling are paramount. Knowledge of surrounding anatomical structures is very important. The soft tissue of the oral cavity can be quite forgiving, and healing in this area is rapid when guidelines are followed.

Surgical extraction techniques allow us to more directly alter the hard tissues surrounding the tooth roots. By doing this we can easily reduce and remove the attachment of the root to the surrounding bone. A high speed dental drill with appropriate burs is a must for attempting surgical extraction.

Surgical extractions are a reliable and often quicker means of extracting teeth. In general terms they can frequently be less traumatic to our patients. Once the main principles of flap creation, hard tissue removal and closure are understood and followed, surgical extraction of teeth should become a frequently used technique. 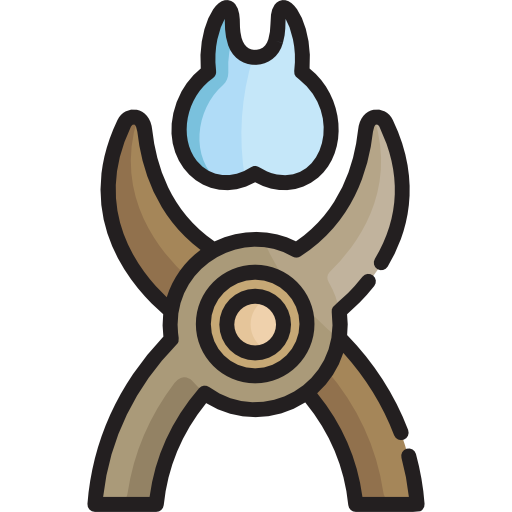